​​The Walrus is located within the bounds of Treaty 13 signed with the Mississaugas of the Credit. This land is also the traditional territory of the Anishnabeg, the Haudenosaunee, and the Wendat peoples.
Read more on our About Us page.

The Walrus uses cookies for personalization, to customize its online advertisements, and for other purposes. Learn more or change your cookie preferences.

For just $5 a month, you can help keep our journalism available to all.

$5 a month keeps journalism available to all. 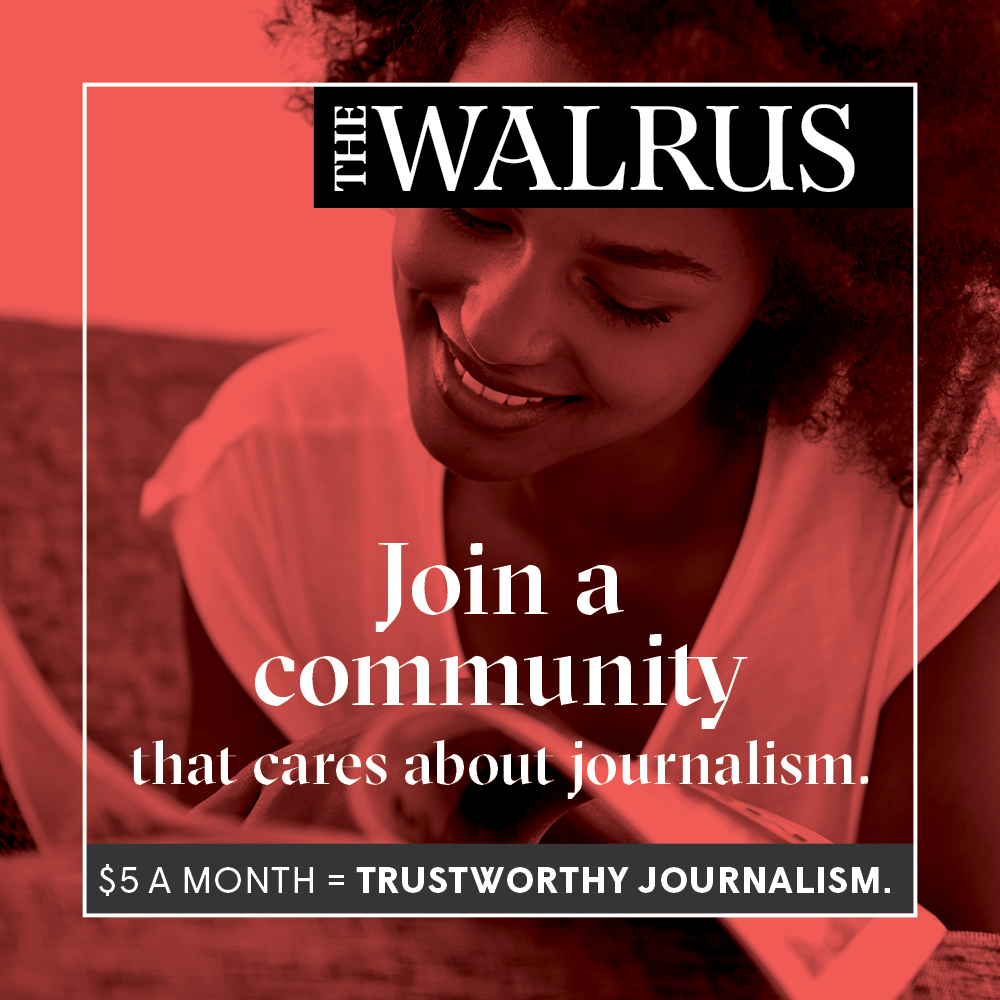