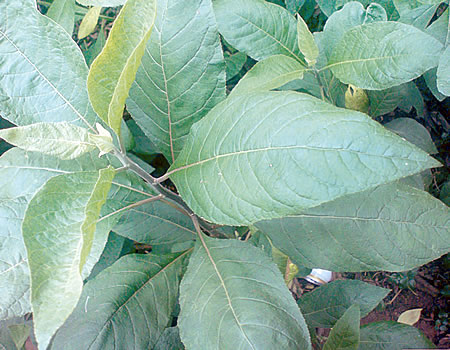 It is no longer news that many herbs come useful in the treatment of diabetes and its complication. Now, scientists have gone a step further to compare these herbs to rate their effectiveness and possible use in the treatment of diabetes.
In a new study, scientists’ assessment of bitter leaf and scent Leaf extracts found that bitter leaf extracts had higher blood sugar lowering effects than scent leaf although they worked more effectively when combined together.
Also, the combination of these extracts with normal routine medications drastically reduced sugar levels in patients when compared with only routine medication usage.
The study involved 38 diabetic patients in Obio Akpor Local Government Area of Rivers State over a four-week period. Disease duration in each patient was roughly estimated and all the patients had some basic investigations carried out before the commencement of the study.
The 2018 study published in the International Journal of Chemistry and Chemical Processes involved Udeh Winifred and Mene Alexander at the University of Port Harcourt.
Each patient was assigned to one of six groups based on the age of onset of the disease, disease duration in the individual and the severity of the disease in the patient elicited by the presence or signs of complications of the disease.
Their daily fasting blood sugar levels were monitored and extracts of both leaves daily obtained naturally by water extraction were administered to them accordingly.
Some groups had the extracts administered alone; some had the extracts given alongside their routine anti-diabetic medication while some served as controls.
Type 2 diabetes now affects millions of people worldwide and the diabetes epidemic shows no sign of slowing. When someone has type 2 diabetes, it needs to be controlled through controlled blood sugar levels.
When diet and exercise are not enough to control blood sugar, some people with type 2 diabetes turn to medications, like metformin. However, more and more research shows that alternative medicine can also help control blood sugar.
Scent leaf and bitter leaf are well known as medicinal plants with wide nutritional and medicinal uses. Bitter leaf, after squeezing and soaking in several changes of water, can be used for soup and served with garri especially in the south-eastern zone of Nigeria.
Leaves of the bitter leaf are sometimes rubbed on the body for treating itching, parasitic skin diseases and ringworm. It is used in Nigerian folk medicine as a remedy against constipation, fever, high blood pressure and many infectious diseases.
The roots and leaves are used in the treatment of fever, malaria, diarrhoea, dysentery, kidney problems, and stomach discomfort among several other uses.
Ocimum gratissimum, also known as clove basil, African basil or scent leaf possesses anti-diabetic properties, anti-hyperlipidemic effect and recently, it was shown to improve haematological variables in experimental diabetes mellitus.
At the end of the study, patients on both bitter leaf and scent leaf extracts combined had good blood sugar control when compared with those that had only one extract administered solely or those that served as controls and didn’t receive the extracts at all.
Patients that received doses of single extracts alone also had better-controlled sugar level results than those who did not receive extracts at all. Also, patients who took the extracts alongside their routine medication had better sugar level control than those who took their medications alone without the extracts.
The administration of the extracts also seemed to mitigate symptoms of nerve damage in afflicted patients over the one-week period of the study.
Previously, scientists’ comparison of neem and bitter leaf for treatment of diabetes found bitter leaf a better anti-diabetic agent. The extract of bitter leaf caused at least a two-fold reduction in blood sugar level at different doses in tested animals as compared with the extract from neem.
The administration of the extracts of neem at 200mg/kg, 400mg/kg and 600mg/kg body weight lowered the glucose levels significantly by 16.13 per cent, 26.85 per cent and 31.26 per cent respectively.
The extract of bitter leaf gave corresponding percentage reductions of 54.71 per cent, 56.62 per cent and 57.93 per cent, while the control group had an increase of 33.33 per cent.
The study published in the 2015 edition of the International Journal of Current Microbiology and Applied Sciences was carried out by C.E. Offor at the Department of Biochemistry, Ebonyi State University, Abakaliki.
Plant-based therapies that have been shown in some studies to have anti-diabetic properties include aloe vera, bitter melon, holy basils, cinnamon, fenugreek, ginger and okra.
Prev Post
Lead City University gets NUC’s nod to run PhD programmes
Next Post
UNICEF calls leaders to re-commit to child survival, development
Stair walking for 10 minutes may lower glucose and insulin, improve insulin…
Drinking lemon juice, not tea lowers sugar spikes in diabetics — Experts
Suya’s mixed spice may boost male fertility but….
Herbal formula comparable to metformin developed

This website uses cookies to improve your experience. We’ll assume you’re ok with this, but you can opt-out if you wish. Accept Read More

We may earn commission from links on this page, but we only recommend products …